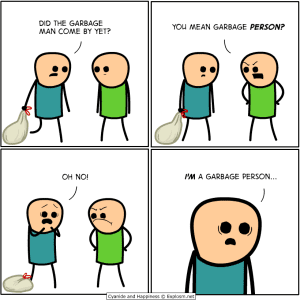 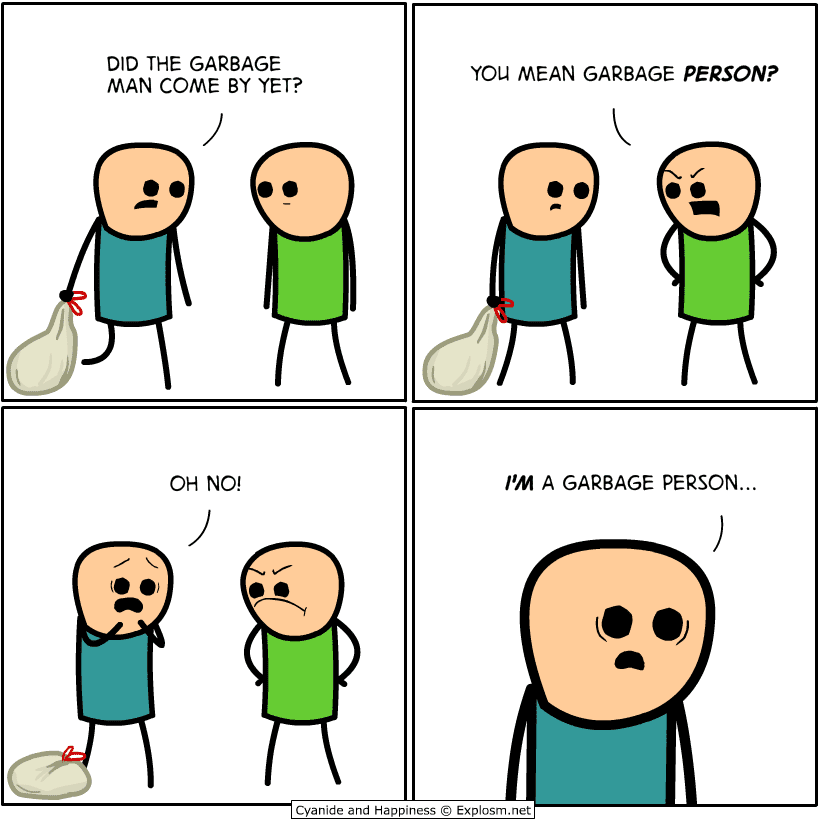 Cyanide and Happiness, through the years, has become one of the most interesting, consistent, and humorous webcomics to exist. With great content portrayed with stick graphics, it addresses various dark and surreal subjects hardly talked about. The issues are presented in a humorous way, which, therefore, dilutes the intensity. So, you can have fun while going through some thought-provoking graphics.

Cyanide and Happiness officially started in 2005 with four cartoonists, Rob DenBleyker, Kris Wilson, Dave McElfatrick, and Matt Melvin. It has since then had several other contributors who provide both comic and animated shorts. Published on the website explosm.net and Instagram at cyanideandhappiness, contents comprise fan comics and animated shorts addressing diverse subjects.

Matt revealed that he worked with Rob on a stick figure death movies project around 1999 and 2000. Dave, at the time was also known in the stick figure community. They later started Cyanide & Happiness, with Kris being the brain behind the style. Matt Melvin left the team in 2014.

The webcomic uses graphic stick figures for both the animations and fan comics in presenting ideas. As of 2012, C&H had over a million views monthly and keeps growing. With over 4500 Instagram followers, it looks like the sky is only the limit. The comment section is always full of praise, with followers asking for more. Aside from the usual graphic comics and animations, the animated TV show Cyanide & Happiness Show had four seasons. Other spinoffs include two tabletop games and two video games.

C&H won a Streamy Award and has earned nominations in others, including Eisner Award.